What do you get when you combine football with motorcycles? The answer is Motoball, a motorcycle team sport that still has professional leagues across Europe – in Germany, France, Holland, Belarus, Ukraine, Lithuania and Russia.

Known as ‘the fastest team sport in the world,’ Motoball dates back to 1926.

The aim in Motoball, like football is to score against the opposing team, a team comprises of four outfield players / riders and one goalkeeper who is on foot and protected by a 6 meter area around his goal.

The riders accelerate up and down the pitch at speed; expert maneuverability skills, lightning-fast reflexes and nerves of steel are the keys to outscoring your opponents.

Motoball UK is aiming to bring a competitive Motoball league back to Britain, where there hasn’t been one since the 1970s.

France and Germany will go head-to-head in Hall 4 at this year’s Dirt Bike Show and it will be a spectacle not to be missed. For more information or to buy Motoball merchandise, Motoball UK will have a trade stand in Hall 3.

Check out the Motoball trailer below to get an idea of what you’re in for! 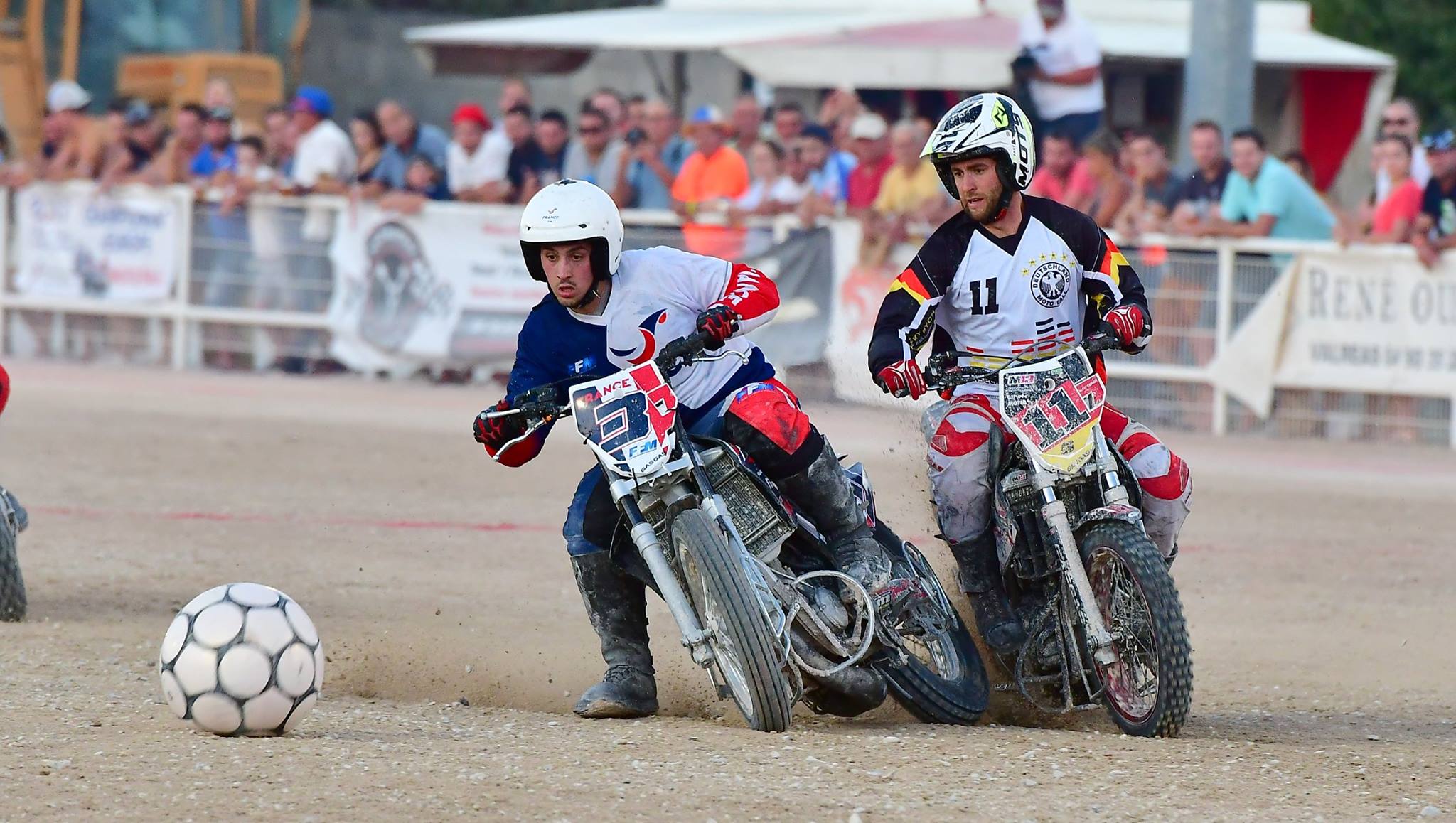